‘A wake-up call’: how Pfizer’s Covid vaccine could transform the world 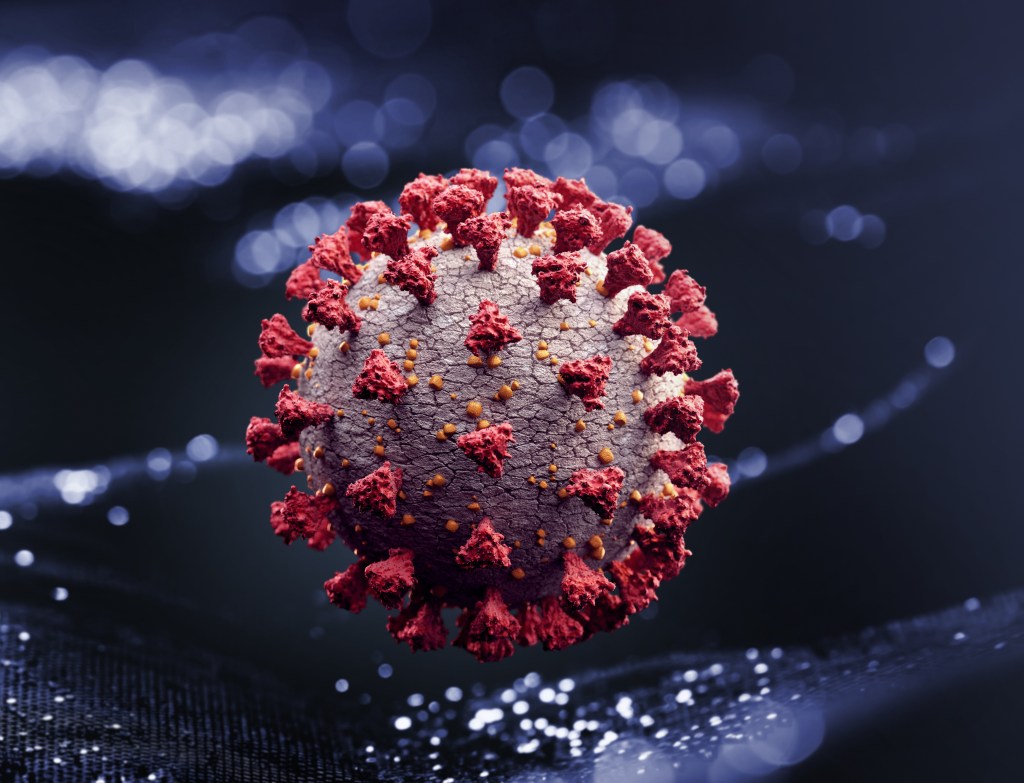 It’s not often a scientific discovery makes headlines across the world, lifts the global stock market and gives millions a sorely needed dose of hope.

But preliminary results from a study of the Pfizer and BioNTech coronavirus vaccine, one of more than 50 different vaccines under development, did just that.

And while the news is welcome to many, scientists and citizens alike, questions still remain.

Will results stand up to further study? Will it continue to be safe? Can we make enough, and make sure enough people receive it, to eradicate the virus?

‘It’s very promising, early data, but it’s not yet a vaccine because it’s not licenced,’ says virologist Professor Nicola Stonehouse, of Leeds University.

‘People shouldn’t think they can stop social distancing and have a big Christmas party, because we really, really are not at that stage yet.’

Whether the early results will be borne out in coming months will soon become apparent, with many reasons to remain hopeful.

But the implications for a working vaccine are far wider than just the current pandemic: there are more than 200 viruses known to be infectious to humans, and millions die from a virus each year.

If, and it’s a big if, the 90% efficacy rate holds true (‘it’s a very good number,’ according to former Head of Research at Sanofi Pasteur Jeffrey Almond), then this vaccine would be enough to get us to herd immunity – the point at which the virus finds it difficult to spread among immunised people.

The long road ahead will throw up many challenges, but the prizes on offer are multiple: an end to the pandemic, a return to normality and even, perhaps, eradicating other viruses, too.

How does the vaccine work?

All vaccines work on the same principle.

When the body detects an unwanted intruder, like a virus or bacteria, it sends out a neutralising agent, called an antibody.

This invader is named an antibody generator, or antigen for short.

Any functioning immune system needs antigens in order to produce antibodies – the problem is that these antigens are also potentially dangerous, like the Covid-19 virus.

But a vaccine presents a safer way: it provides the body with an antigen, but (hopefully) risk-free.

‘In order for any vaccine to work, it has to be some kind of mimic,’ says Prof. Stonehouse.

‘In the case of viruses, [that means] the whole virus or part of the virus. But the mRNA isn’t that.

‘mRNA is a blueprint for making part of the virus, inside our cells.

After the coronavirus was discovered in Wuhan in January of this year, scientists quickly set about sequencing its genetic code and figuring out what the virus looked like.

Vaccine manufacturers honed in on the S-protein, the spiky, red hooks that coat the virus.

These S-proteins are what the body first sees when encountering the coronavirus, and are essential for the virus’ success.

But if the body can make antigens for just the S-protein, it can stop the virus in its tracks.

‘We effectively get the body to make the vaccine for us, by providing the information for the structure of the vaccine via the mRNA’ says Professor Jeffrey Almond, visiting fellow at the Oxford Martin Programme on Vaccines.

But as a molecule, mRNA presents its own problems.

‘If you stick it into somebody’s arm, it’s going to get broken down and smashed to bits very, very quickly by the enzymes, in the blood, and then around cells.

‘So what these companies have done is stabilise the mRNA, so it doesn’t get broken up when it enters the body, by wrapping it in fats and making it in very small particles.’

This works when the vaccine is inside the body, but out in the real, chaotic world, the vaccine needs to be stored long-term in temperatures of at least -80 degrees centigrade.

While vaccines stored at ultra-low temperatures have been successfully distributed in the past, like the Ebola vaccine in 2015, it will be a real logistical problem to overcome.

Another potential hitch is the supply of ingredients needed to make an mRNA vaccine.

Laboratories around the world have known how to synthesise mRNA for decades, meaning much of the required production equipment is readily available.

But if manufacturers all require the same essential building blocks, what are called nucleotides, then shortages could be on the horizon.

‘There are a few suppliers of nucleotides worldwide,’ says Andrey Zarur, CEO of Greenlight Biotechnology, which is working on its own mRNA vaccine.

‘And they are operating at capacity. Essentially, if everybody goes out and buys nucleotides, we will for sure have a supply issue.’

Zarur, however, is optimistic that there is enough variety in vaccines under development that this won’t prove too much of a problem.

Greenlight’s own vaccine process makes nucleotides as part of the production method, growing them in natural organisms like yeast.

‘RNA constitutes as much as 5% of all the biomass of the planet,’ says Zarur.

‘So it would be crazy not to try to make RNA the way nature has decided.

‘The most efficient way to make RNA is after 5 billion years of evolution – there’s a lot of wisdom in that.’

How fast will vaccines take from now on?

The speed at which the Pfizer vaccine and others have been developed shouldn’t be underestimated – what previously took decades in the case of the polio vaccine has been reduced to a matter of months.

But does this mean vaccines for future diseases will be this fast? It’s possible.

‘The mRNA approach will allow us to fairly significantly decrease the times that we used to use for developing a vaccine,’ says Prof. Almond.

‘But it depends on the urgency – for other vaccines that will be developed, it will be a slower, more measured approach we want.

‘What the companies have done is spent a lot of money up front without knowing that this is definitely going to work.’

The massive focus of resources on developing a coronavirus vaccine – many pharmaceutical companies have switched over vast teams of staff – is probably a one off.

‘If that kind of money gets poured into future vaccines, then you’ll see this sort of speed,’ adds Prof. Stonehouse.

‘If it doesn’t, then you won’t – that’s the bottom line with this, this is money talking.

‘The speed that they move in the future will be better than in the past, but it might not be quite as fast as this one because of the urgency and the money and staff and everything else that’s been thrown at it.’

But if it works and is effective, mRNA vaccines could still offer a huge advantage in battling viruses, making them easier to produce and transport to those in need.

However, if the underlying antigen doesn’t provoke immunity, then it won’t be able to do much more.

‘It doesn’t help you if antibodies against [the antigen] don’t work and then you’ve got to go and do something else,’ adds Prof. Almond.

Will this vaccine solve all our problems?

While the early results from the Pfizer study are promising, the likelihood is that we’ll need a multitude of different vaccines.

Apart from the sheer number of doses required – billions to protect the whole world – different vaccines may work better for different people.

Some vaccines may be particularly good for older populations, some for younger. Some might be safer for immunocompromised groups, or those with pre-existing conditions.

‘We need as many vaccines and as many different types as we can get,’ says Greenlight Biotechnology CEO Andrey Zarur.

‘mRNA is great – it was fast, it’s proven to be effective. But it’s not the all fit solution.’

With the world’s smartest scientists pouring their energies into making successful vaccines, it should be only a matter of time, with any luck.

But as deputy chief medical officer Jonathan Van Tam remarked shortly after the Pfizer results were announced, it would be a ‘colossal mistake’ if people stopped social distancing.

‘How sorry do you feel for the soldiers at the end of the war who died after the Japanese surrendered,’ says Prof. Almond, whose father fought in the Second World War.

‘It’s a real shame when you’ve survived the war but still end up dying because you’re not back to normal yet.

‘We’re winning this war, but until every last virus, or enemy soldier, is driven out, we’re not safe because they will still keep infecting people.’

Of course, making the vaccine is only half the battle – without enough people receiving it, it will be useless.

‘We’ve already got some great vaccines out there which people don’t take,’ says Prof. Stonehouse.

‘We still have diseases for which we have some great vaccines that people decide not to take, which results in a reduction in herd immunity, and, eventually, more death.’

One of the biggest concerns that scientists have is that their work will be treated with suspicion by the general public, whose distrust of vaccines is at an all time high.

But while anti-vaccination campaigners throw out evidence-free accusations of politicians and billionaires using it as a means for control, it is the scientists who will ultimately deem whether it is safe.

‘Scientists and regulators who have dedicated their lives to making sure our medicines are safe, are the ones that are making the call,’ says Andrey Zarur.

‘It is scientists and regulators and the thousands and thousands of volunteers that are enrolling themselves in clinical trials that we have to be grateful for.’

And many will be grateful, especially if the lessons learnt from this pandemic help inoculate us against disasters further down the line.

‘There’s been incredible anxiety and pain that we’re all suffering, and people have lost loved ones,’ says Zarur.

‘But the reality is this was also a wake up call.

‘There’s a big silver lining here, which is, we’re all now paying attention to the danger of pandemics.’

‘My hope is that this will make us more prepared to deal with a different virus that may be more lethal, more infectious, and avoid catastrophic results for the human race.’

PrevPreviousRemote working for good? Here are five things to look for in a work laptop
NextApple HomePod mini review: a small but mighty smart speakerNext